How the Eisenhower Matrix can fix your Procrastination issues 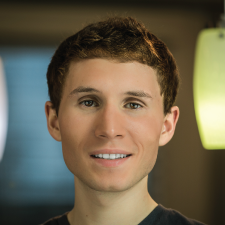 In today’s era, we wake up to more emails, calls, and chat conversations than ever before. When we’re at work we have an obligation to appear busy by making sure we respond to all these incoming requests, but it can often leave us with a feeling of dissatisfaction with our own productivity.

It’s all too easy to be stuck in a blindfold mode of procrastination by handling items we think are urgent but never important. Maybe you end up spending your whole day in your email inbox trying to get to Inbox 0, or maybe you get all your errands done but not that book you’ve been wanting to write.

Point is, for most people, it’s often difficult to establish a clear boundary in knowing what we should be working on and what we find ourselves doing.

If you often feel a lack of accomplishment at the end of your work days, then you might benefit from a little-known method to add to your mental toolbox.

The Most Productive President

Eisenhower was perhaps one of the most larger than life figures to hold the office of President of the United States. Prior to becoming the 34th President of the United States, he attained the coveted rank of five-star general in the US Army, where he played a major role in planning and executing invasions against the Nazi’s in Africa, France, and Germany itself. While President, he managed to launch the Interstate Highway System you’ve probably spent a few hours on as well as launching NASA, DARPA and more.

Throughout his life, he managed to remain incredibly productive, not the least of which was working his way up the ranks to eventually become the President. His productivity has been extensively researched, and by far one of the most useful strategies he’s credited for devising is now known as the Eisenhower Box. It’s a simple method to help you avoid procrastination and prioritize what you should be working on.Here’s how it works:

You create 4 different boxes with the following categories:

This simple exercise teaches you to quickly identify the importance and urgency of tasks on your plate and to separate them accordingly. It’s often easy to unintentionally procrastinate by doing tasks ourselves which could have been delegated or eliminated altogether.

When and How to use the Eisenhower Method?

We all have our own method of task management, whether you use a notebook or one of the many todo list managers out there. None of them really incorporate the Eisenhower method because tasks grouped into 4 separate boxes isn’t an efficient (or pretty) way to work with the items on your plate.

However, it’s not the act of placing tasks into separate boxes that is necessary, but the skill of recognizing when you’re in a situation that requires you to prioritize the tasks which demand your attention to avoid procrastinating on them.

I’ve found the method to be most helpful when dealing with an overabundance of work. When the amount of tasks is overwhelming, taking a few minutes to arrange and prioritize your tasks according to the logic of the Eisenhower method can be quite helpful.

You could use something like this Mac App to truly have a virtual Eisenhower Box or even print one out and fill in the blanks. (Created one you can download at the bottom of this post)

Another method is to incorporate the overarching philosophy into your work-flow. If you don’t already prioritize the items on your to-do list on a daily or weekly basis, I’d highly recommend you try it out for just a week. Just make a mental commitment to yourself to plan out your work-day in your calendar by scheduling the time you’ll work on certain tasks, or prioritizing the items on your Todo list from top to bottom.

In my own workflow, I’ll review all the items on my plate at the beginning of each day. I’ll assign the important and urgent tasks with a P3 (red) priority level meaning I need to work on them first. Important but not urgent tasks might get a P2 (orange) priority while the smaller urgent tasks will be assigned a P1 (yellow) priority.

“Simplicity boils down to two steps: Identify the essential. Eliminate the rest.”

Another useful strategy taught by this method is that it can help make sure you ask the right questions. Not every task is important enough to demand your time and attention. For Example, It’s often helpful to look at all the work you do and then ask yourself which tasks have a direct effect on the amount of money you bring in?Establishing a mindset of differentiating the most important tasks on your list can isolate the ones you don’t need to do.

For those tasks I don’t need to do, I’ll move them to a “Trashed” folder in my Todoist, whereas if it’s something my virtual assistant can do, I’ll move it to a Delegated folder and let him take it over.

So I’ve prioritized my tasks, but I’m still procrastinating!?!

Using methods like the Eisenhower Box or even your own prioritization system is by no means perfect. The most difficult part of any process always comes down to execution.

Maybe we ignore the important tasks and focus only on the urgent ones because we truly believe in the moment that it’s the most important thing to be working on, only later having a feeling of regret that we didn’t find any time to work on that big project today.

Prioritizing tasks in any system requires concerted effort and self-discipline to follow your own rules. If you find yourself still working on the wrong tasks, then you might need to time-box the important tasks or schedule them into a specific part of your day.

For example, if I have a deadline coming up in a week for an article I need to write, it’s easy to get overwhelmed thinking about all the research and writing I’ll need to do.

The best way to make progress while still giving myself the time to handle the urgent tasks is to schedule it in for a small period of time in the days leading up to the deadline.

As with anything we find resistance towards, It’s easier to overcome the inertia of getting started if it’s reduced to smaller chunks of time.

I put together a printable document that you can quickly use to write down and prioritize the items on your plate. Often it's more rewarding to write out your items and cross them out when they're done. Try using the Eisenhower method for yourself and see how it goes.

Where should I send it? You can get it here.

Know when Not to Work: What Darwin & Churchill can Teach you about Productivity

Productivity

17
Min Read
The Top Benefits & Reasons to Have a Virtual Assistant

Outsourcing

7
Min Read
How Automating Business Processes Saved Me From Being a Burnt Out Entrepreneur and Increased My Productivity

Business

20
Min Read